Fantastic first games from both teams to what we know will be a great season for the club.  A good crowd of supporters and the coach hot footing it from one venue to another to support both teams, success just seemed to be in the air.  It was the debut game playing for Olveston for several new players (Ali L, Katie L, Laura M and Lydia), all of whom played their hearts out.  Although POM is not often mentioned here, Sara Sage deserved a massive high five for her 1st team performance - interceptor extraordinaire! Such an exciting season ahead for the club! 1st team photo after the game. 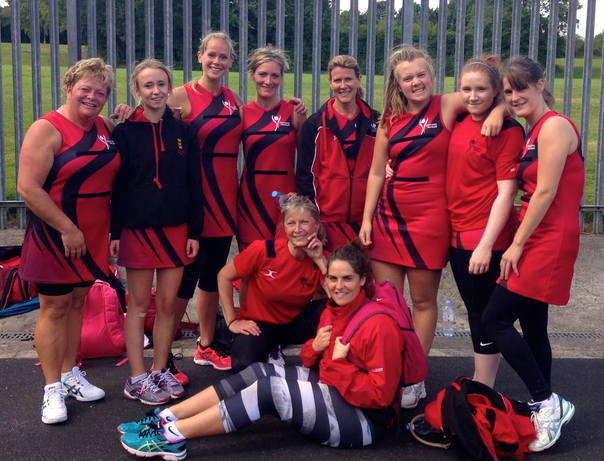